Velvet Buzzsaw is a recent Netflix production with the same team who brought us Nightcrawler in 2014; Dan Gilroy writer and director and Jake Gyllenhaal and Rene Russo as leads. If you follow FilmGamed, you’ll know how much I loved Nightcrawler, and if you really follow FilmGamed, you’ll know I tend to be a bit cruel with new products of the legacies I trust. I admit it and I see no problem with it. You set the bar with your previous work and if you fall far under it .. I’m gonna point it out. Therefore, I watched Velvet Buzzsaw with eagle eyes and nonshivering focus, and I really loved it. I think I loved it because I understood it. And I don’t mean that I understood the deep meanings of the story and the messages in every single frame. Well, I think I understood those but I don’t mean that it’s a difficult movie to understand or grasp. Can we please focus for a moment?! What I mean to say is that the film managed to help me understand where it wants me to focus, and also helped me understand what not to wait for or expect. 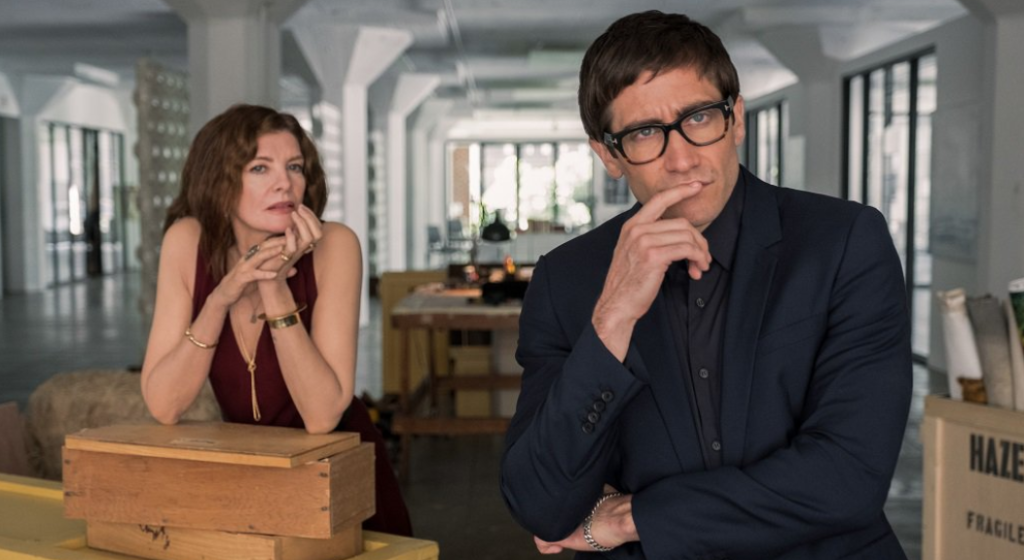 Events of “Velvet Buzzsaw” take place in the world of contemporary art in Los Angeles. Josephina who works for at a huge galleries chain called Haze, finds a dead neighbour in her building called Vetril Dease, and discovers a huge pile of artwork in his apartment that he requested to be destroyed once he dies. However, after her new boyfriend and respected art critic Morf Vandewalt confirms the significance of the paintings, she decides to steal the artwork and partner with her boss Rhodora Haze to exhibit it. Soon after, everybody involved with the work Dease start to witness weird and violent incidents.

In my opinion, Velvet Buzzsaw is a commentary on creative work. When does it become art and when does it become commodity? How does it gain value and who decides that value? What influences artistic integrity and how it can be manipulated? That’s what I think the film wants us to focus on, and I was never going to appreciate it that if it was presented in non coherent bulk of sophistication. Therefore I’m thankful that it was all displayed as inseparable components of a coherent and enjoyable story. What you should not wait for or expect is satisfying answers to the questions that makes the film a thriller. It is all there to open more doors for meditations and thinking, and it doesn’t offer answers. Which is the thing I love the most about a filmmaker offering us an honest piece of his mind. Because a mind that has answers should actually be a politician, not an artist .. Or at least that’s what I think.

It’s not easy to compare the work of Dan Gilroy as a screenwriter in Nightcrawler to that of Velvet Buzzsaw. One was a journey showcasing a character profile, and the other is a journey of several characters who walk into a world as innocent spirits and quickly get transformed into gears and bolts inside an industry. In Velvet Buzzsaw we don’t have a hero and we don’t have villains either. We see various profiles of artists. We see dealers and curators. We see critics and museum managers. And somehow we don’t only see a cartoon version of each. We see fully fleshed characters with multiple layers and many good sides, and many horrible ones. The development of their character arcs might’ve not been served as smoothly as that of Lou Bloom in Nightcrawler. At a certain stage I saw what some characters had been transformed into and I couldn’t make much sense of it in terms of time. Could’ve been a minor problem if the film leaned its whole narrative towards the artistic side, but it didn’t. A lot of effort was spent to justify characters decision, and I really appreciated that, but at the end of the day something will have to pay for wanting to do too much for too many characters in a regular movies run time, and in that case it was how the characters developed. Anyways, everything that was presented captured my attention and made total sense to me. Messages and meanings and pure impersonation of things that can’t really be explained, but completely relatable and applicable to any form of art or creative work in the economics of modern world.

On the directorial level however, the work of Dan Gilroy in Nightcrawler is very sensible in Velvet Buzzsaw despite the clear differences in color palettes, frame composition and camera movement. I felt very familiar with the pace, the amount of details and the mix of tones in every scene. You get tragedies mixed with sarcasm, you get honesty wrapped in lies .. brilliant and very familiar. Some sequences were overly staged to prepare the audience for what will happen. However this wasn’t a big problem for me personally since it completes the full circle for each character in a symbolic way that doesn’t contradict with the logic of events in the world of the film.

Velvet Buzzsaw is a very good film and one of the best I’ve ever seen on Netflix. It’s not Nightcrawler only because it’s not relatable to everybody, but it’s not by any means a lesser story or cinematic product. And even if you can’t relate to everything that happens in the film, don’t tell me you didn’t enjoy the visual experience and didn’t enjoy performances from every member of the cast. With special mentions to the Nightcrawler duo; Jake Gyllenhaal and Rene Russo. Jake Gyllenhaal is in a whole different place guys I assure you.