The first episode of Paranormal is good, the second is very good. The 3rd is not so great, the 4th is not great at all. The 5th is excellent and the 6th is amazing. See? Simplest review ever! Kidding of course .. except that this is really what I felt towards the episodes. Let me get into details, but before I do that, it’s important to note that I’m not from the large population that actually read the original stories. My review is entirely based on the series watching experience and while the readers of the originals deserve a review that represents them, this one won’t be it. 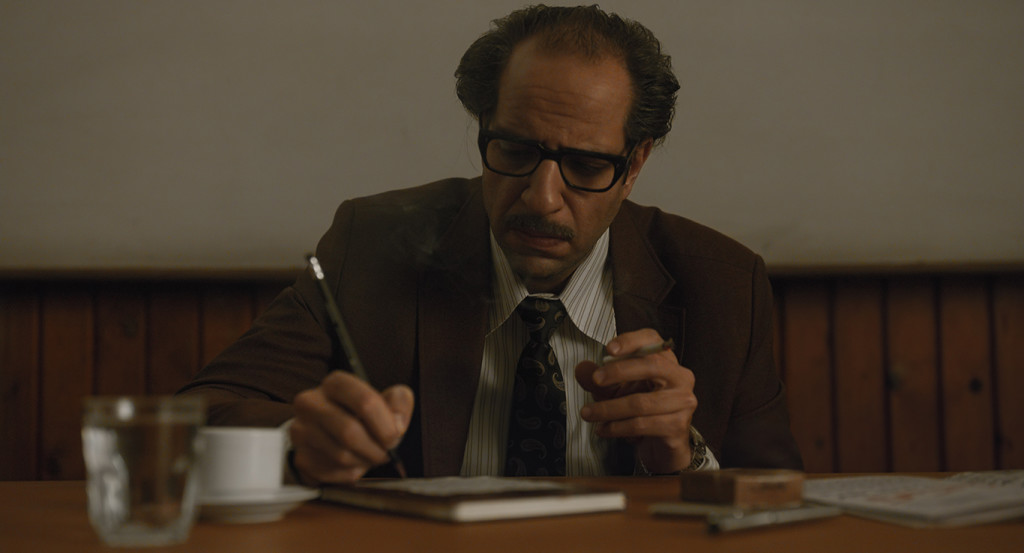 Paranormal tells the story of Dr. Refaat Ismail and his descent into the world of the paranormal. Dr. Refaat is a 40 years old Hematologist and college professor. His life spirals into huge chaos when he receives two visits. One from his old love interest Magy, which disrupts his quiet and rather boring life, and the second from an old childhood friend, who belongs in the world of the paranormal. This latter visit quickly turns into a nightmare when serious danger starts threatening the ones close to him, and just like that our hero finds himself in the face of difficult choices on all fronts.

This is a very difficult series and carries a huge load of responsibilities. First Egyptian Netflix original. The long hoped for adaptation of the iconic work of the late Dr. Ahmed Khaled Tawfik. A horror production with precedents that were rarely good in Egyptian productions. The emergence of an unlikely casting choice for the lead drifting away from comedy for the very first time, and those are the obvious ones. We also have the first Egyptian adoption of the foreign methodology in series production by having a show creator and several directors and writers for the episodes. We have the fact that our events take place in the late 60’s adding loads of challenges in artistic and technical choices. So how did the series manage its way through all those challenges and responsibilities?

The way I see it, Paranormal was constructed on 3 pillars; The horror, the adventure and the drama. The horror borrowed a lot from techniques we’ve seen in foreign cinema, but added a twist of making the actual stories based on Egyptian culture and folklore. Horror was effective and the creepy moments worked very well, especially in the early and the late episodes. There were some dependencies on jump scares and they were the least effective, but it wasn’t a heavy dependency anyways.

The adventure layer on the other hand was well diversified. There were no signs of laziness especially when we put the time period complications into consideration, and it offered the right platform for horror to also be diversified. Both the horror and the adventure layers invested heavily in the utilization of production design and art direction, with several elements looking more like models rather than real life elements in the earlier episode. Those elements evolved into arguably the star of the show in the last episodes. There was heavy investment into VFX as well as sound effects. Can’t say I was generally impressed by VFX especially in episode 3. I’m sure there was practical use for it throughout the show and I’m sure it was great since I didn’t notice it. However with elements of Paranormal qualities, it wasn’t that great. The overall sound experience was perfect. Be it the sound effects or the score which had a unique personality and great influence on maximizing the effect of horror scenes as well as important dramatic moments.

The dramatic layer had in its center a love triangle of unique nature. Mainly because of its most important side being Dr. Refaat with his overall unimpressive personality and looks. The side of Howaida had its own complications which were well reflected by Ayah Samaha, and on the point of complications, Magy, which was also very well portrayed by Razane Jammal, had her share. Especially the complications of language and accent.

Our drama was richer than just the love triangle, with various relationships between our key characters and supporting characters, and supporting characters among each other. My problem with those relations is that they were downplayed and sometimes completely ignored. Until they had to erupt into conclusion and demand our utmost attention and immersion and of course that didn’t always work. Generally speaking, it’s great to enjoy that much attention to the dramatic layers and it’s also great to have this cast, which didn’t have any huge names in it put together.

I would say that the greatest measure of success for an actor in a role is to be unable to imagine anybody else in it. I think Ahmed Amin succeeded in achieving that with Dr. Refaat Ismail. Of course I didn’t have an image for the character in mind. The image from the books and how much Amin managed to fulfill it is a judgment to be made by the loyal readers themselves. However that particular peculiar hero, in that peculiar age, with that peculiar look, with that large number of negative and annoying traits, with his gradual descent into self doubt, in a journey filled with rage, horror and confusion .. I really can’t imagine anybody else playing him.

Paranormal was very good entertainment and lots of fun to watch. It had enormous challenges and it performed with varying degrees of success. Seems to me like better could’ve been done in some areas, mostly VFX and the secondary layers of drama, but all in all, I’m satisfied. Considering that this is an Egyptian show after-all .. and hoping to see further seasons of the story.