In the beginning I feel like I must define my position from the “Toy Story” series. I believe it’s genius and I enjoyed every single movie of it، but I also think it’s the most childish among all the Pixar films. That is not a flaw of course. It just puts it behind a lot of films in terms of significance, and that’s just according to my opinion, being an adult, unfortunately, and definitely not in terms of other measures like the entertainment for example related to comedy and adventure. 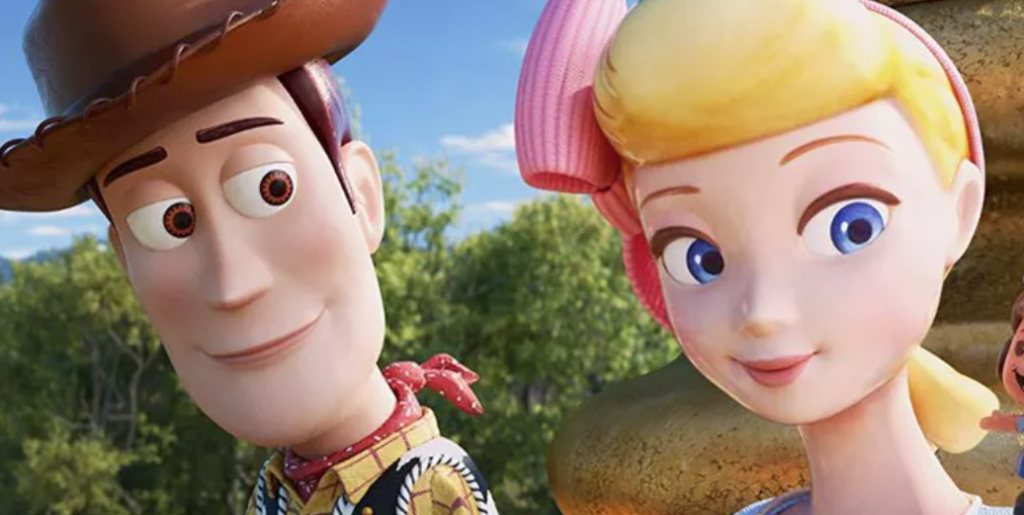 Toy Story 4 is about Friends .. New and Old

“Toy Story 4” is not much different when it comes to its nature and purpose. It takes us through an important phase in every child’s life, and a new phase in the story of “Woody”, our star toy, and his friends. Every child should find a bit of himself and his struggles in this film. Every parent should find a new lesson to learn. Every movie goer should find a new wave of enjoyment in the company of our friends of so many years. However, I’m not sure how memorable all of this will be. Personally I remember that I loved Toy Story 3 a lot. Yet I struggled to recall its events on my way to the cinema to watch Toy Story 4. The kind of struggle that I never while recalling the events of “Wall-E” or “Ratatouille” or “Monsters Inc.” for instance.

Events of Toy Story 4 starts from the new home of our toy gang. After being given from Andy to Bonnie at the end of Toy Story 3 the toys are living happily, though Woody is feeling a bit neglected and not in the center of Bonnie’s attention. However, he feels like he must be there for her on the important occasion of her first day at kindergarten, and he unintentionally helps her to build “Forky”, a new toy made out of trash material. Bonnie gains a lot of happiness and confidence from the companionship of “Forky”, though “Forky” is having an existential crisis and believes that he belongs in the trash. Which leads him to try and escape from his new life. Signaling the start of a new set of adventures for Woody and the other toys to keep “Forky” and explain his new purpose.

“Toy Story 4” might not have a lot of new things going but it’s still an amazingly fresh film. Fresh in its adventure, in its comedy and in the way the two elements are intertwined. Fresh in the way it lightens up or breaks your heart, and fresh in its selection of characters .. and especially 4 of them. The whole story of the film revolves around what happens when “Forky” is introduced. Once again a toy with an existential crisis .. not entirely original but it’s hand made from trash and incredibly simple in design .. a few of the reasons that doesn’t make him feel redundant. Along with the fact that he’s voice portrayed with comedy coming out from every word he utters by the amazing Tony Hale. Tony Hale is a very unique comedian. He’s a different taste compared to anybody we have ever seen and you get to sense that in how clunky, messy, dark and naive Forky is.

Then comes the two accessory characters of Ducky and Bunny. They’re just there to offer over the top comedy and I don’t remember seeing similar comedy in “Toy Story” movies before. Which is also another sign that Pixar doesn’t want to take risks on the structure of the “Toy Story” films but doesn’t mind taking some calculated risks on a few details, like those two characters. They are indeed calculated risks because their voices are supplied by Key and Peele. Arguably, the most successful comedy duo in the last 10 years.

Finally comes “Duke Caboom”, the Canadian stunt toy voice played by Keanu Reeves. Reflecting incredible marketing awareness of choosing to release the film only a few weeks after the newest installment of “John Wick”. That time of any year where Keanu Reeves becomes the king of the world. Let alone the amazing comedy of the character and the beautiful honor it received at the very end of the credits.

Those new characters along with how much we missed our other beloved old faces, or old voices, oOffered all what is needed to be ready to perceive the film as fresh. While still appreciating the successful and incredibly genius elements of previous films. The most important of which is the design of the character of Woody, who has always been a leader, and have always been loyal to his friends to the extent of risking his own safety, but he also has flaws, and those flaws are the axes on which our stories usually turn and develop. He has a huge ego leading him to bad decisions, he usually rejects any opinion rather than his own, and when he loses his temper he can really be offensive. He brings all of that to the table for Toy Story 4 and with it a critical extent of difficult decisions that test all his characteristics .. good and bad. With sensible presence from the old characters and sufficient time for the old characters to shine as well. I just love Woody! And while I believe the Toy Story series is the most childish, I totally believe Woody is the most fleshed out characters in the Pixar universe. One of the reasons why I love Tom Hanks is that he is the voice of Woody. Or, do I love Woody because he is voiced by Hanks?!! I just can’t tell which of them made the other more prominent and I really admire that.

Toy Story 4 is just as great as I hoped. I hate that my job makes me required to break it down and dicept it. Thus, pointing out ups and downs even if they don’t really bother me. The greatness of a film like that can easily be seen in how happy everybody who saw it looked on their way out.